3 Reasons LinkedIn is the Big Opportunity of 2019

There is an opportunity right now (it’s spring 2019 as I write this) to gain a lot of attention on a social network as it starts to explode.

This is the tipping point where those who are already active and creating content and building a following will have a big advantage over those that swarm to it later.

But what was once just a place to maintain the equivalent of an online resume, and was only used by job seekers and HR departments, is now becoming a thriving community of professionals networking and sharing ideas.

It only took 16 years, but LinkedIn is finally hitting its stride.

There’s a few reasons that the opportunity is now:

There’s a fresh demand for a platform like this.

While Facebook still reigns as the most popular social network, it is under a lot of criticism for three main reasons: privacy concerns, fake news, and angry comments.

LinkedIn offers a relief from these issues (mostly).

In reality, LinkedIn is likely just as much a privacy risk, if that’s something you’re concerned about. But they haven’t been in any headlines for it, so the perceived lack of risk is a win for the platform.

Secondly, sharing fake news still happens on LinkedIn, but much less frequently. People mostly stick to sharing things that are within their area of expertise, since they’re on the platform representing their professional selves. That makes it much more likely that the source is legitimate, and they’re not just sharing something based off a clickbaity headline.

And, lastly, the sentiment on LinkedIn is a lot more positive than on places like Facebook or Twitter. There are far fewer trolls on LinkedIn. Again, users are there as employees, owners, executives, or job-seekers, so there’s a lot more self-moderation in the comments.

These last two points, I believe, also have a lot to do with why Instagram is growing quickly and may surpass Facebook in popularity, because it’s a platform where sharing isn’t possible. Because of this, there’s no fake news and no controversial article sharing that makes for a fiery comment battle with your Uncle Brad. It, like LinkedIn, is a bit of a safe haven.

Users are electing to spend their time on LinkedIn for a break from the worst parts of other platforms. This increase in users creates an opportunity for marketers.

The reason you can make a greater impact is because LinkedIn isn’t crowded yet.

There isn’t the noise to cut through like there is on other social platforms where everyone’s attacking it hard and trying to market. It’s just not that competitive on LinkedIn yet and you can get some big results with just simple content.

We’ve found that plain-text posts and link shares still do quite well. On Facebook, those will bomb. Of course photos and videos will really help you get in front of people, but simple content still works well too.

It does well because there’s little competition. But this won’t last long. LinkedIn content creators are becoming more common. A year or two from now, I would guess that simple content won’t get nearly the reach or engagements they do now.

The Audience is Highly Valuable

LinkedIn’s users have a higher disposable income on average and are especially valuable to a business-to-business brand.

LinkedIn is massively powerful at reaching the right people and generating leads. Of all the leads that reach out to me interested in talking about what we could do for them, they are overwhelmingly people who say, “I’ve seen your videos on LinkedIn and I wanted to talk to you.”

This is despite the fact that our page on LinkedIn just finally hit 100 followers. And it’s been a tough slog to get there.

In Facebook terms, that would be laughable. A new business can get that in its first day.

We’ve been posting and putting effort into LinkedIn for probably two years or more to get to our 100 followers, but that’s how it goes on LinkedIn. It’s still something that people are just catching onto and starting to browse and consume the content there.

But with such small numbers, our value-generating impact on LinkedIn is far greater than it is on Facebook because of the relevant audience it speaks to.

So have patience with it. Don’t have huge expectations of going viral and having a massive following quickly. It’s a grind, but it is so worth it.

This is your opportunity to get in on a social platform early if you are kicking yourself for having missed the easier early days on other platforms. This is your chance. Get in on LinkedIn. It is the big opportunity in 2019. See you there! 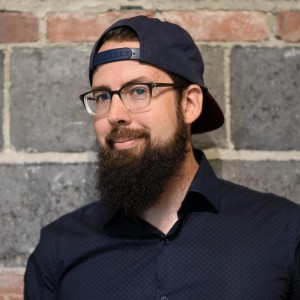 Lane has worked in marketing since 2013, and is the owner of London Road Media. He lives in the beautiful city of Lethbridge with his young family and serves clients locally and around the world.